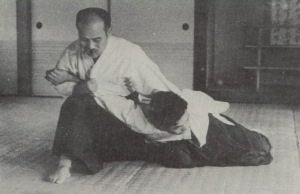 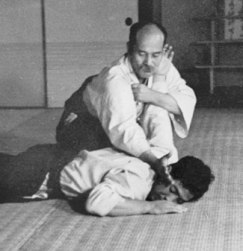 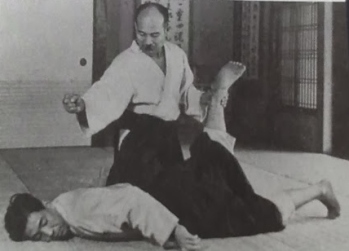 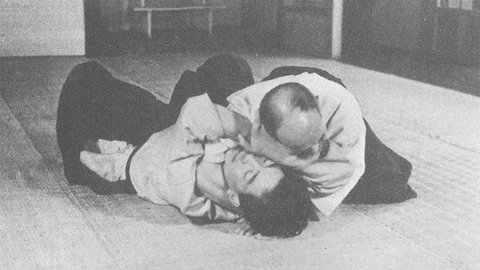 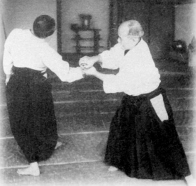 Kotegaeshi is an Aikido technique which involves the application of an outward wrist turn.  It can be used to respond to a variety of traditional aikido attacks, including a same side wrist grab (katatedori kotegaeshi)  .

In the below video Chicko Sensei uses a dynamic application of katatedori kotegaeshi  to illustrate, amongst other things, the balance taking principles that typically underpin Aikido practice.

In the below video, Morihiro Saito Sensei (9th Dan) demonstrates and explains the basic form of katatedori kotegaeshi as practised by O’sensei in the immediate post-war period of his life.

See below a photo demonstration (including description) by Saito Sensei of the key elements that make up the basic form of katatedori kotegaeshi. 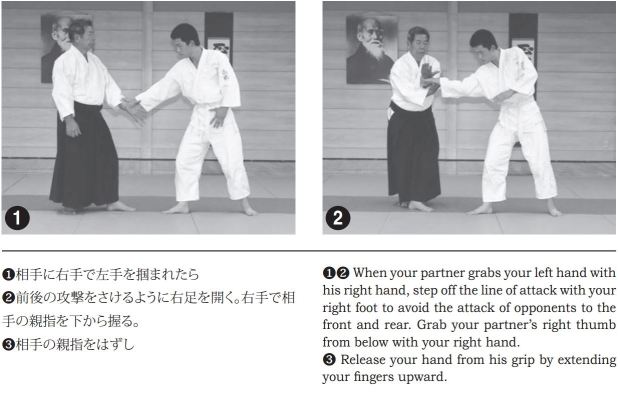 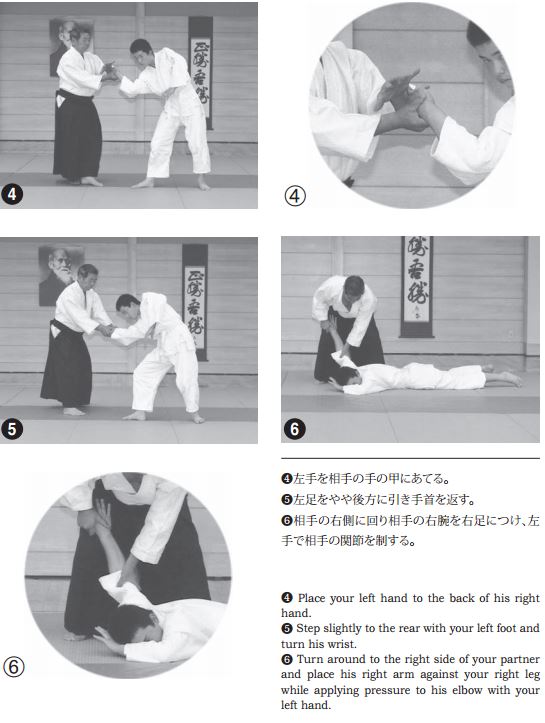 A fun video compilation recorded at a class at our dojo on 4 June 2016. 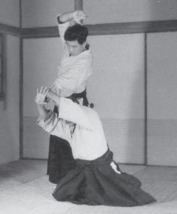 Hanmi handachi waza (sometimes called Zagi handachi waza) is a common form of Aikido practice whereby the nage is in a kneeling position and the uke  attacks while standing.  In this type of training the uke has the  advantage of both mobility and height. The nage, however, has the advantage of a lower centre of gravity and a triangular base.

Training in Hanmi handachi waza is particularly beneficial as it develops skills in taking a uke‘s balance with only minimal lower body movement.  The training also assists in understanding the importance of centre and use of the centre line in Aikido practice.

In the below video, seniors from our dojo demonstrate how we typically practice the Aikido technique Hanmi handachi katate dori shiho nage.  This technique is from the broader Aikido syllabus and is demonstrated both a static attack and where the attack is under motion. The static version that we practice is inspired by O’sensei‘s manual “Budo Renshu“.

In the below video, Master Morihei Useshiba (O’sensei) demonstrates Hanmi handachi katate dori shiho nage from a single grab. Particularly notable in this version is the use of atemi (striking) by the nage. 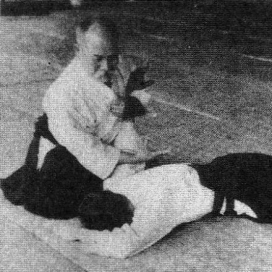 Nikyo techniques involve the application of a painful pronating or adductive wristlock to subdue or pin an attacker.  They are a common feature in the syllabus of most Aikido schools.

Nikyo techniques can be used to address a wide variety of attacks.  They are particularly effective in circumstances where the uke attempts to grab the clothing or wrist of a nage (as a prelude to follow up strike).

Our dojo is a Fudoshin dojo operating under the guidance and mentorship of Chicko Xerri Sensei 6th Dan AKI (Aikikai).

In the below video Chicko Sensei  explains the sword movements and Aiki principles  which underpin the application of Ai hanmi katatedori nikyo. This form of nikyo is applied in response to an attack in the form of a cross hand grab.

See below a photo demonstration (including description) and video of Morihiro Saito Sensei (9th Dan) explaining the fundamental elements of Kosadori nikyo as practised by O’sensei in the immediate post war period of his training life. 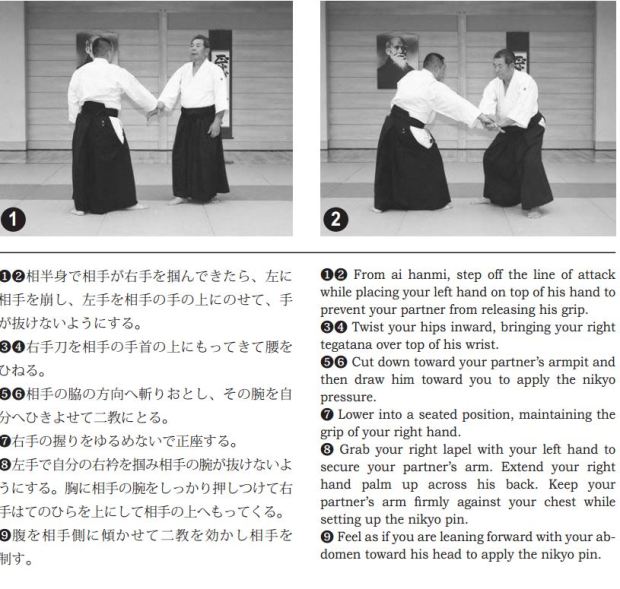 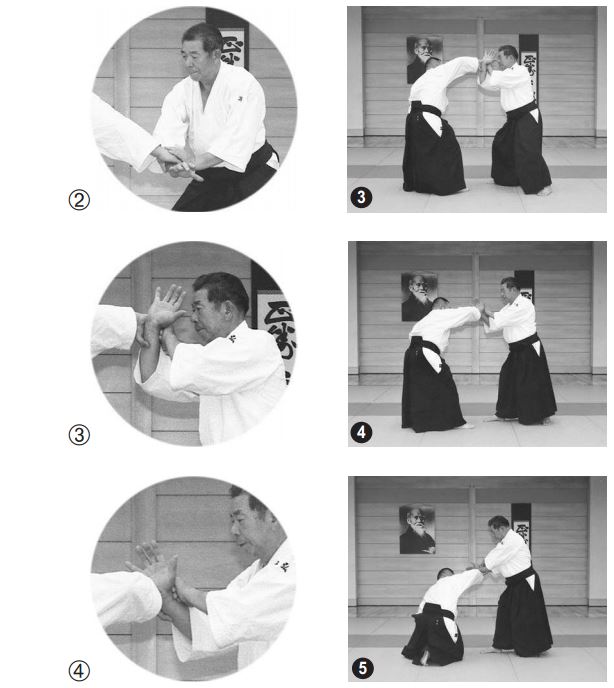 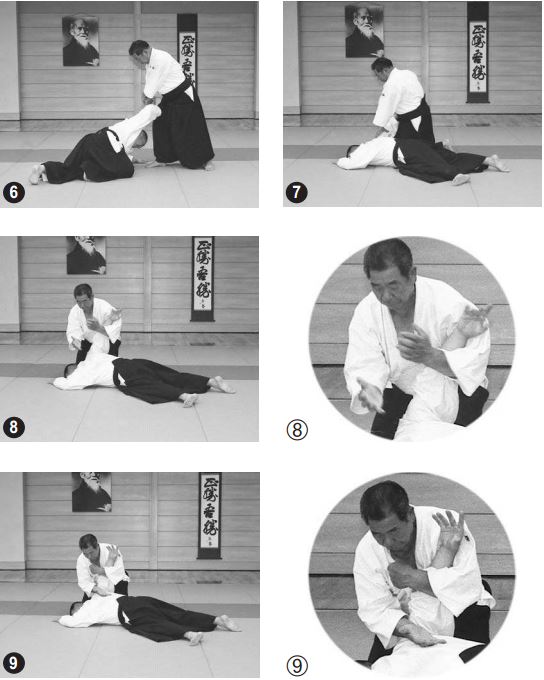 In the below video Sensei Andy Hathaway demonstrates and provides instruction on Kosadori nikyo as practised at the London Aikido Club.

In the below video Sensei Andy Hathaway of the London Aikido Club demonstrates and provides instruction on an alternate takedown for Kosadori nikyo.