In most instances, to successfully apply aikido responses to an attack in the form of a 2 handed grab on a single arm (morotedori), an understanding of the aikido concepts of hanmi and kokyu ho is required.  This is particularly so with an ikkyo application.

The concepts of hanmi and kokyo ho as they apply to morotedori are discussed in more detail in the “Additional Notes” below.

In the following video Morihiro Saito Sensei (1928-2002)  demonstrates the omote and ura forms of moretedori ikkyo (omote and ura) at basic (kihon) and free flowing levels (ki no nagare). 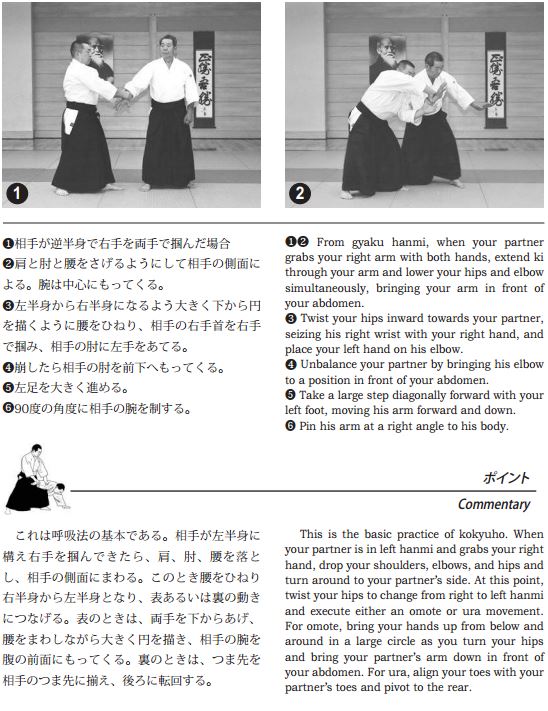 Saito Sensei spent his teaching life dedicated to preserving the technical style of Aikido as practised and shown to him by O’sensei in the post-war period.  Without his commitment to preserving the Aikido of the Founder and extensive efforts to record and document his teachings, much of the Aikido of O’sensei would have no doubt been lost.  The Aikido world owes him a great debt.